Makai’s highly-qualified team of engineers are on the cutting edge of subsea technology development, and are pushing  the limits of what is possible.

With Advanced Degrees M.S. or greater 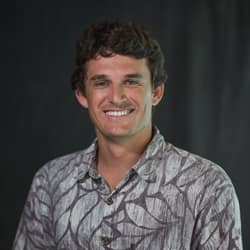 Mr. Rocheleau has over 10 years’ experience in ocean engineering at Makai, and has led numerous programs as Vice President and Director since 2014.

Dr. Andres has over 30 years’ experience in ocean engineering at Makai, and has led the company as President since 2006.

Ms. Ablen is an accountant with over 30 years’ experience. She has been Makai’s CFO since 2012.

Dr. Nedbal is Makai’s Vice President of Operations and Facility Security Officer. He has been with Makai since 2011.

Mr. Veenstra has over 10 years of broad ocean engineering experience. He has successfully managed the development of both software and hardware systems.

Dr. Jasti is responsible for the maintenance and development of Makai’s proprietary cable model that is the key underlying model of the MakaiPlan Pro and MakaiLay products.

Mr. Eldred is a mechanical engineer with over 20 years of relevant experience, and has led Makai’s heat exchanger development and testing since 2009.

Mr. Argall is an expert in ocean energy and marine renewables, with over 15-years’ experience.

Dr. Sender has over 40 years of experience in engineering, R&D, and instrumentation development.

Mr. Shimotsu has over 10 years’ experience in developing mechanical hardware systems. He is licensed as a Professional Mechanical Engineer in the State of Hawaii.

Mr. Le Bon has over 10 years’ experience as a mechanical engineeer at Makai. He is licensed as a Professional Mechanical Engineer in the State of Hawaii.

Reeve joined Makai in 2016 as a mechanical engineer in the Subsea Technologies group. He attended Boston University, where he received his Master of Science degree in Mechanical Engineering. Since joining Makai he has made an immediate impact analyzing, designing and testing innovative mechanical, electrical and control systems for Makai’s customers.

Have a project that could lEVERAGE Makai’s Expertise?
ReACH OUT!

Contact us by sending in this form any time you need professional support or have any questions. You can also fill in the form to leave your comments or feedback for Makai’s team.